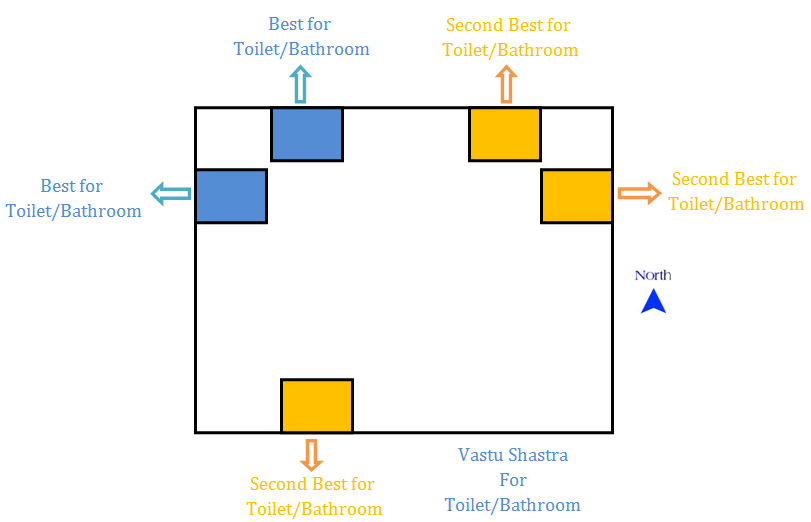 Since you have seen the image and understood that the best location for a toilet or bathroom is the North-West part of the home (not the North-West corner), see carefully that I have left the corners in the image.

The second step is to identify the internal arrangements of items such as geyser, bathtub, taps, mirror, commode etc. in an attached bathroom.

To make this process simpler, I have created another image which tells you the best possible arrangements of essential items and fittings in a bathroom.

11 Things You MUST DO

5 Things You MUST AVOID