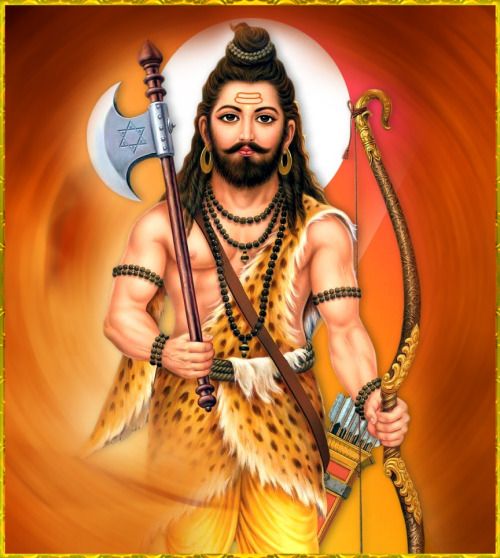 I salute that Rama with an axe,
Who is being saluted by devas,
Who is the consort of Lakshmi,
Who is expert in fighting in war,
Who shines due to his crown,
Who holds Kodanda in his right hand,
And arrows in his left hand,
Which are capable of saving the oppressed,
Who is armed with the terrible white axe,
Who is effulgent with light,
And who has a well proportioned heavenly body,

Victory to that Bhargava Rama,
Who has a laughing face of Brahmin as well as Kshatriya,
Who is the great fire which destroyed the clan of kings,
Who held the terrible axe in his hand,
Who shined like the rising sun,
Who had very electrifying matted locks,
Who dressed himself using the bark of trees,
And who was famous as the one,
Who knows the holy chants of Yagna.